Here I am taking the new Disc sander for a test sand in my drill press, by laying it on its side. It occurred to me that with some timber I could modify a frame so the drill press becomes the power source for the lathe disc sander combo. It's worth some plans in 3ds Max. I could hinge the drill press to a base of some kind, so all I'd have to do is to lay the drill press over and attach any necessary accessories.
WARNING! DANGER, DANGER WILL ROBINSON the chuck is only held in by a taper and it wasn't designed to take on lateral stress, be WARNED it could come flying off do not try this unless you know what you are doing and have assessed the danger to yourself and those who may be around you.

I've also been making a prototype fretting hammer out of Tasmanian Oak an Aussie hard wood
I'll be gluing some leather to one of the faces and possibly making one of the faces a lot narrower so it can get in between the frets on a uke. 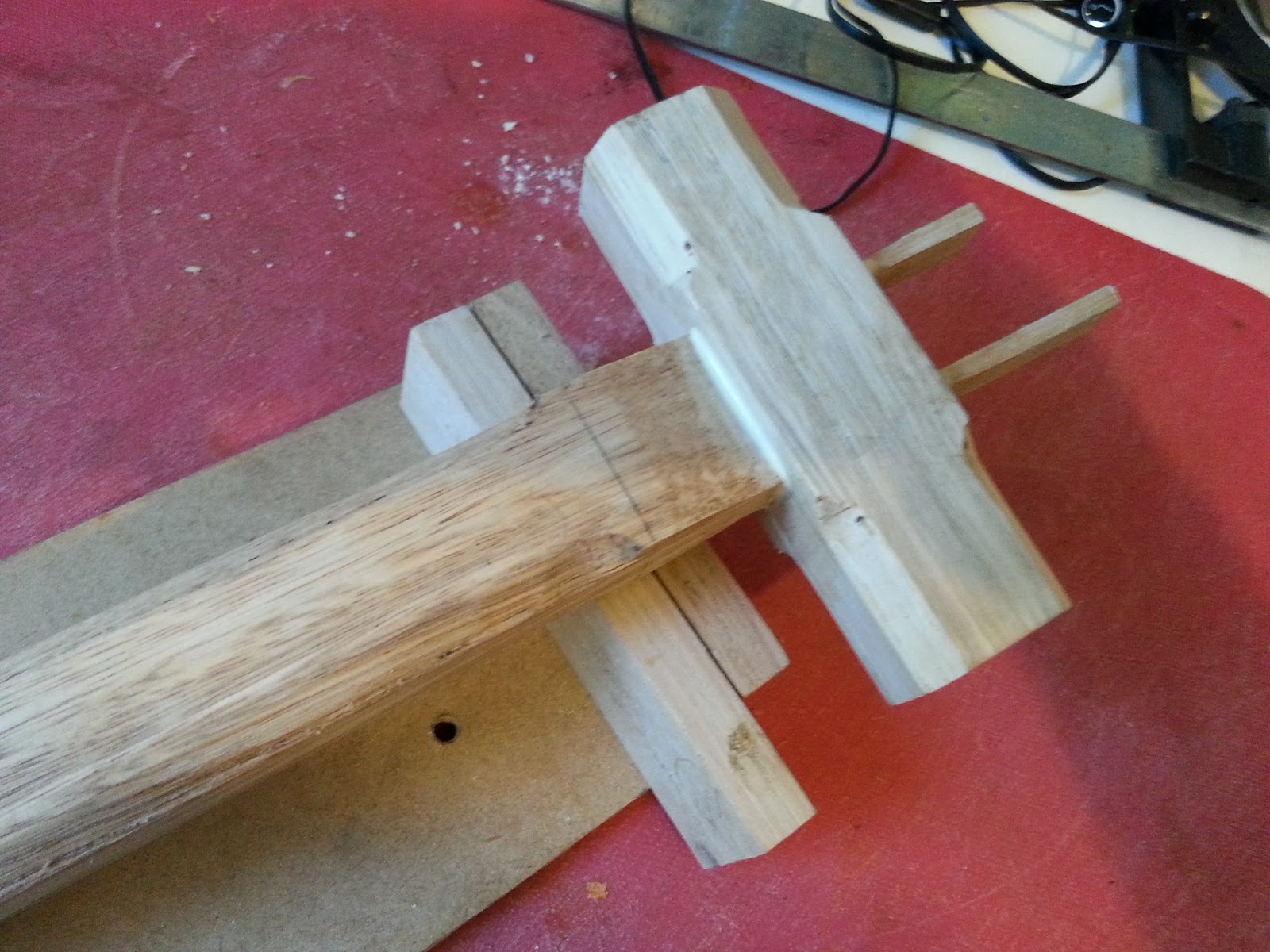 I routed a chamfer onto all the edges in a way that I'd rather not document lol. Needless to say it wasn't all that neat and has lots of unnecessary dents and wobbles. So until I get around to making a router table, it will have to do.

I picked up a leather belt from the Salvation army store for $3.00 to use it on the end of my hammer to soften the blow so the hammer doesn't dent the frets. It is of such good quality I wouldn't be at all surprised to find the same belt selling for $40 - $50 in some high end ladies fashion shop. It's about 50 mm wide. 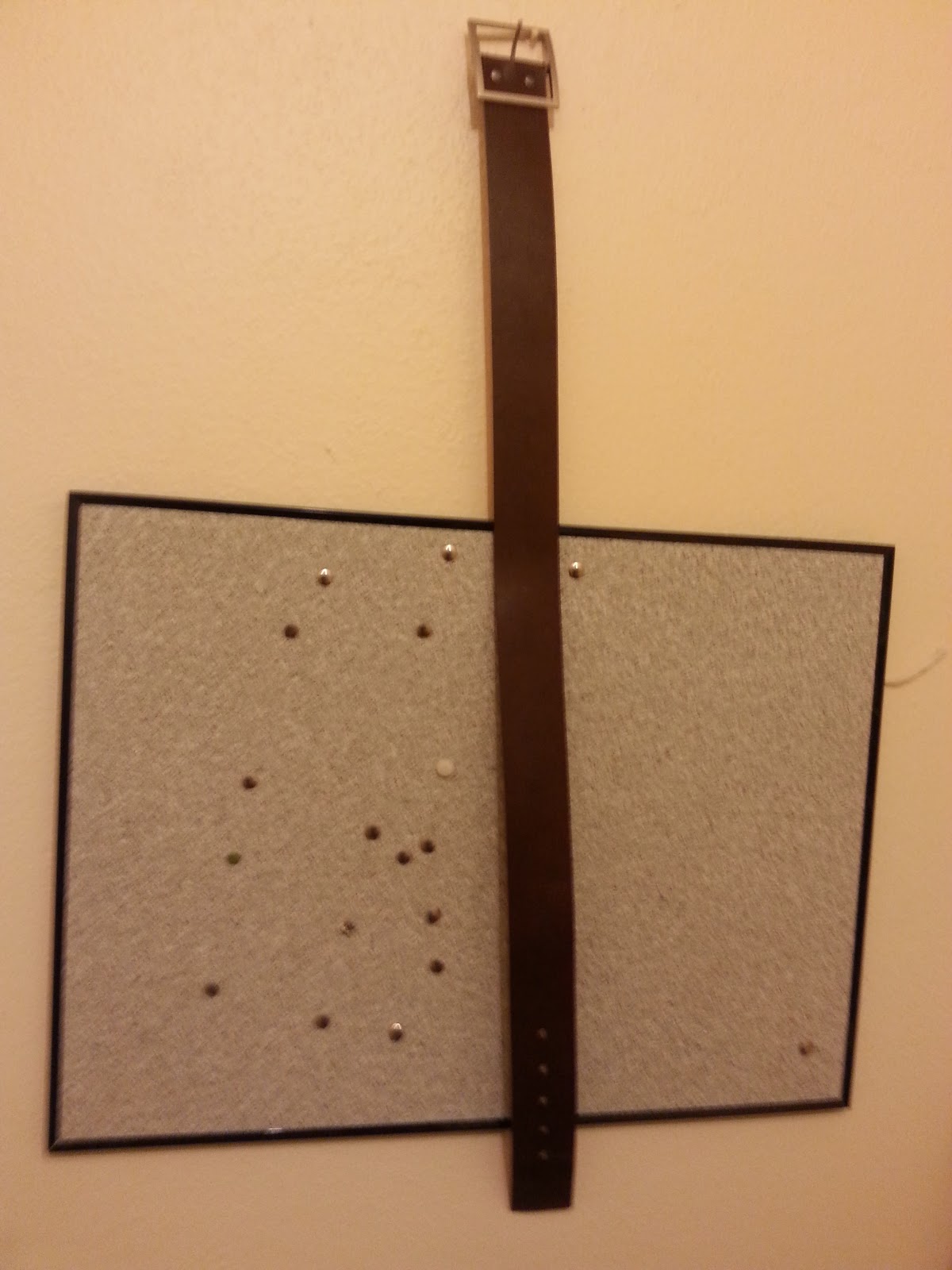 Like I said, I shaped one end of the hammer so it was narrower. Here it is having the leather glued to it, using an epoxy glue. 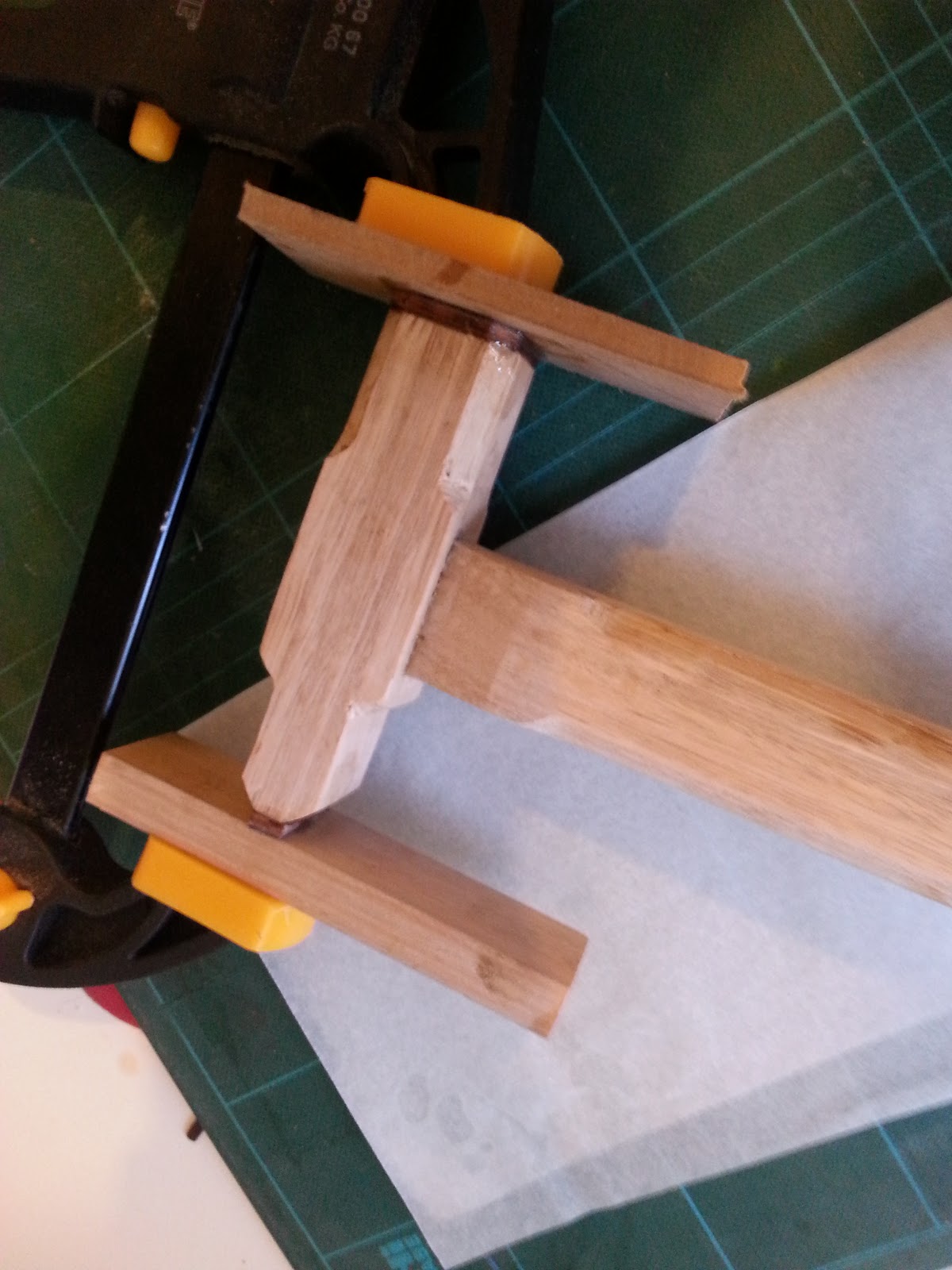 The nearly finished hammer after the leather has been glued to the faces.
The hammer has lead weights inserted inside the laminated head of the hammer which wasn't really necessary but just for my own entertainment. The idea was to make it a dead blow hammer so when you landed the blow it didn't bounce back up it just stayed down after the blow.

Tomorrow I'll spend some time sanding the roughness from it. I'm very happy with it all things considered.