I successfully printed the file that failed the other day. I did break some of the ribs about 5 times trying to remove the supports lol.

Getting the supports out from the pickup/jack hole was tedious and slow but got there in the end. Gluing the ribs back on was difficult and they don't end up sitting in the same location they were and don't sit down flat on the surface properly, but the same happened to the first one I printed and I managed to get them together....eventually. 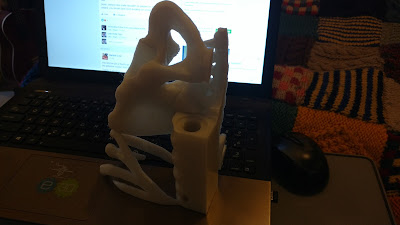 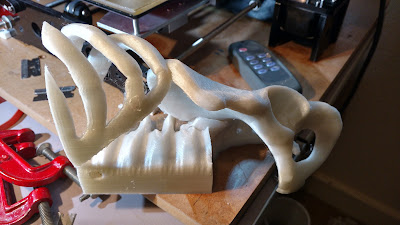 Stringing seems worse on this despite the same settings, there's no keeping this filament happy I think. :-) 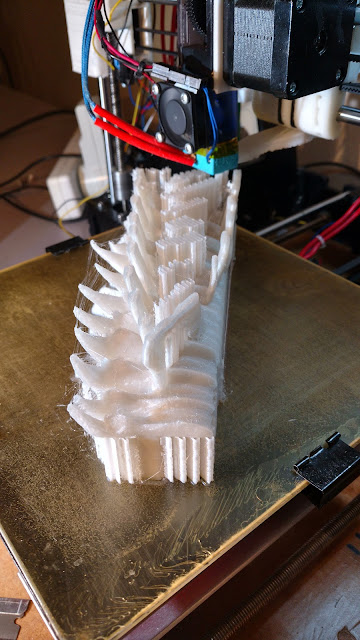 So many broken ribs on the second print. These were just broken and I don't know why, not that I care any more I just want this done lol I'm going to glue these back on after the main body is glued together. 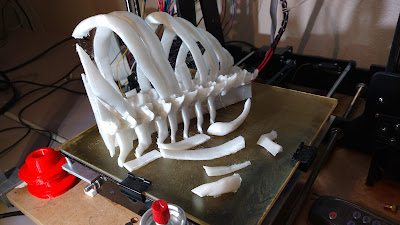 Third print. I changed the supports again and it worked well but I had some trouble getting them off, it was slow going but got there in the end. 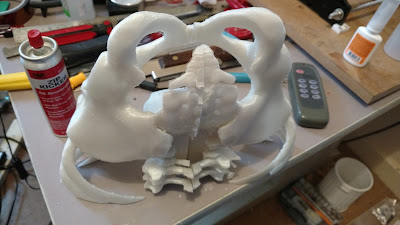 Bought a cheap heat gun today despite not really having the money as the stringing on this filament seems unstoppable. Its not really bad just annoying not being able to fix it with temps and retraction. I prayed to the household 3d printing gods but they were useless lol 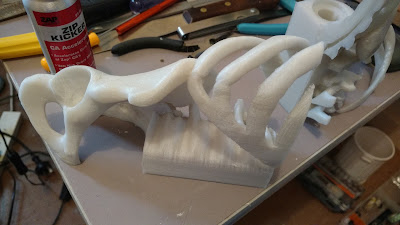 Ok this one rolled off the production line sometime early in the morning, it even didn't end up with inexplicably broken ribs either..............but

The stringing was still there! 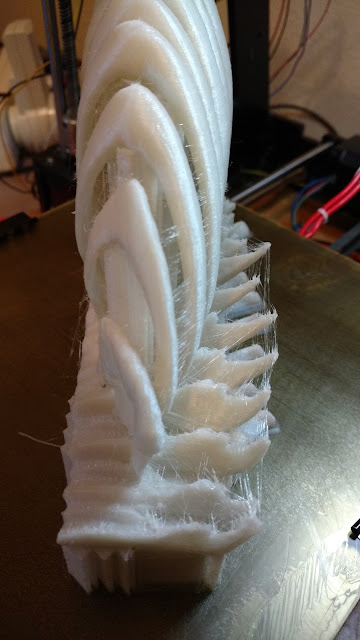 It's a very delicate type of stringing and the new heat gun will take care of it.............now to try to remove it from the pei and to see how many of the ribs I'll break along the way :-) Nice layers going on as well happy with most of these settings.......so far.