I tried everything in my little flat to weigh my Tenor Ukulele from kitchen scales that only go up to 500g or half a kilo / 1.10231 lb to my bathroom scales

I tried the bathroom scales and they required and expected a much heavier weight and wouldn't record a measurement.

I then weighed myself with and without holding the Tenor Ukulele and if my bathroom scales can be trusted the Tenor Uke came in at 800g / 1.7637 lb which seemed about right as my kitchen scales continued past 500g to about 800 but because it was now as far as it could go I couldn't be certain. 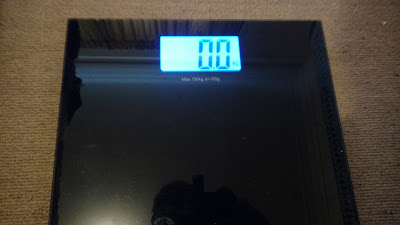 You didn't really expect to see my weight did you? Your gunna have to take my word for it. 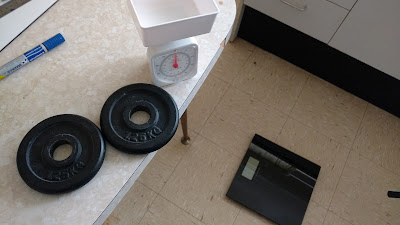 Uke Hanger without anything on it. 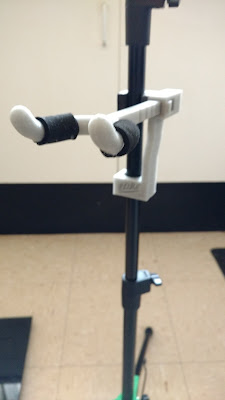 This is a rare Glow in the dark Blue version 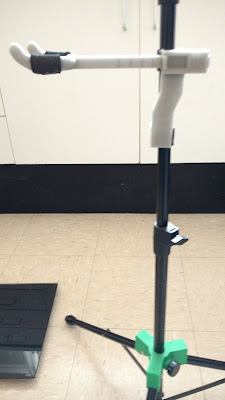 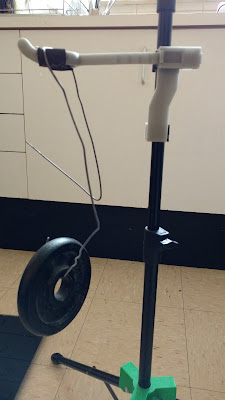 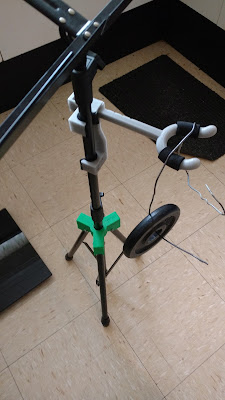 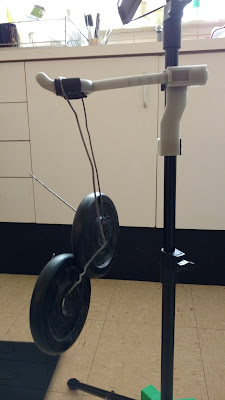 Yes it's bending under the strain but considering your ukulele is about 800 grams or less the Ukulele hanger will have no trouble holding your uke. If it can take 2.5 kilograms then 800 grams won't be a problem. :-D 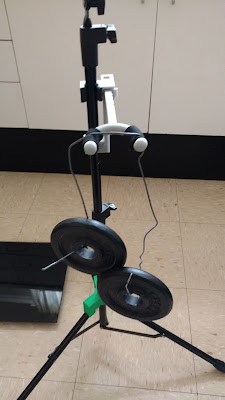 I have the forks which are adjustable in and out, stuck out as far as they can practically go. Their ability to take the force would improve and bend less with the forks pushed in. 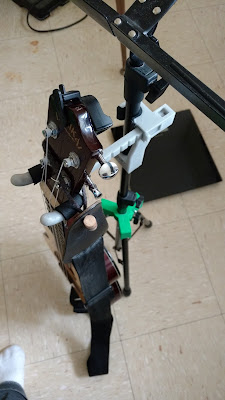 So if your first question or statement is "But it's plastic" or will it hold my uke, then my first question which will probably be unspoken is "What is your uke made of?? lead, concrete, material from a neutron star?" lol

Yes, it will hold and I've seen ukes and guitars for that matter, falling after being lent on a chair, knocked of the case they were placed on and dropped on many occasions. I've never seen one commit suicide by leaping from a hanger of any manufacturer.

Just use it like you would as an ORCAS Ukulele clip hanger and make sure your music stands legs are fully deployed and don't put your uke as high as will go on your stand, keep it reasonably low on the stand.

If you are outside and have a music book on the music stand, then be aware it will act like a sail and can catch the wind and having a uke on your stand, can and will, upset its centre of gravity.

Since my Uke Hanger is made from biodegradable plastic it weighs less than a ORCAS clip (which are no longer being made!!) so it is less likely to add weight to enable it to unbalance.