Things are nearing completion for the printing part of my Skeleton Ukulele. I decided to add some tuner buttons and a printed bridge as well just for fun and am pretty happy with all the progress so far.
I keep giggling to myself all the time hahahaha .

I ordered some usb headphones with microphone and they arrived from china with plugs and not usb and a microphone that was fixed so far away fro my mouth it meant shouting to get a decent recording of my voice. Soooooooo I ordered a lapel mic that should suit my DSLR my phone and my laptop so I can record some videos with some decent sound soon and will do a video of my process.

In the mean time these pics will have to do.

The tuners came from Aliexpress I think. I'd need to check and will do so later. 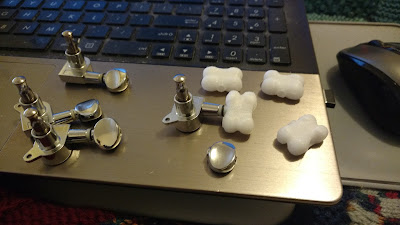 I box modeled some tuner buttons to look like bones and ended up thinking some of the "knuckles" from the kids game would have been perfect so I used what little is left of my memory to emulate them :-)
Making the internal shape for the buttons to slide onto the double sided D Shape shaft was trial and error. Printed on a raft with 50% infill was going to be 100% but I forgot.........still pretty strong so not really an issue, but it does speak of my allergy riddled brain atm. 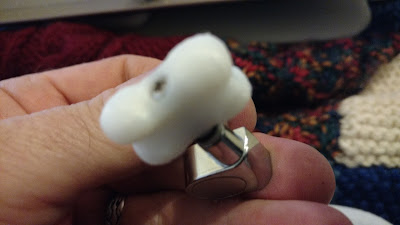 Bloody auto focus just wouldn't play the game except for this one I deleted about 5 other pics to get one in focus!
I ended up squeezing the buttons on with a clamp :-) they are designed exactly to the dimensions of the buttons and shaft of the tuners I have so there was no wiggle room and it winter here so some shrinkage was to be expected hahaha 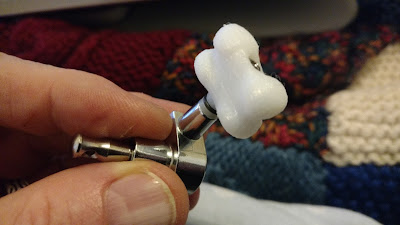 Here's my bridge design based of one I have laying around. Since I had to shorten the wings of the bridge I decided a bigger surface area needed to be added back so threw together this quick design. In hindsight some more crossed bones would have been more apropos. Meh next time....maybe. 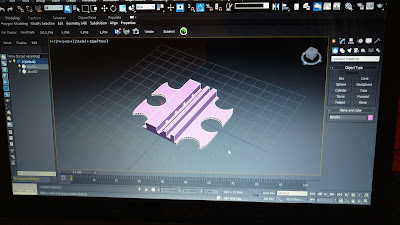 Here's a group shot of everything including the spare ribs I had to print to replace the ones that broke. They only broke because there wasn't enough support used on the first prints. 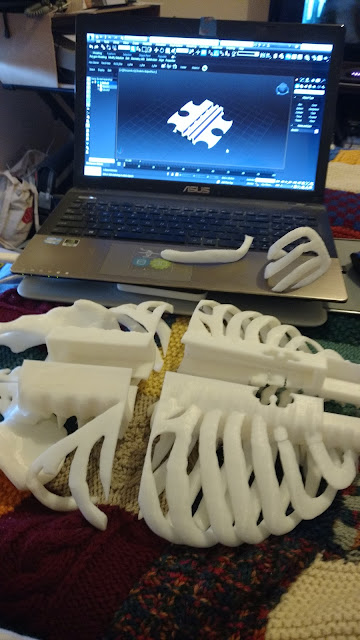 In order to print the bridge I need over 3 metres of filament so that means the household 3d printing Gods needs to be looking after me, I'm gambling that there's 3 metres left and I don't fuck it up lol 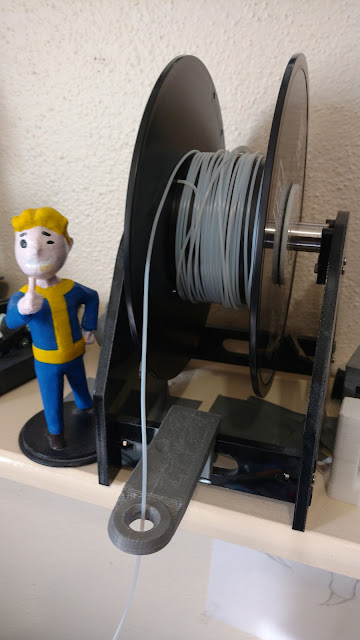 I decided no to be so lazy and redesign the bridge.......it's printing now! 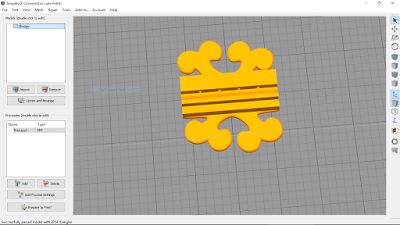 I printed it but realised that is would look really good if it were rounded on the bone ends more 3 dimensional if you like. I discounted it before as I was concerned it would interfere with the strings etc...........but there's plenty of clearance..........and I'm now out of glow in the dark blue pla and I was hoping to not have to get anymore, but get another colour next time instead. aaaaaaaaaaaaaaaaaarrrrrrrr 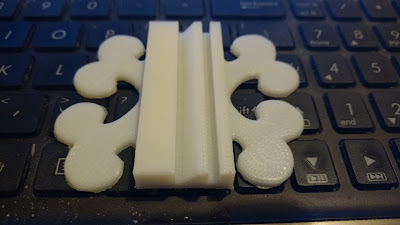 If you're like me then you'll be wondering if this thing will sound any good. The easy answer for me is I just hope it's loud enough, as I think the sound will be there. I'm basing this on hearing a lot of unusual instruments I've seen and heard through the years along with this video from Luthier Robert O'Brian which reinforces that its the top that produces most of the sound on an acoustic instrument.
Plus I can always add a pickup if need be. :-)

I went ahead and made the crossed bones more 3d. This picture is just a render in 3ds Max I need to buy some more filament. 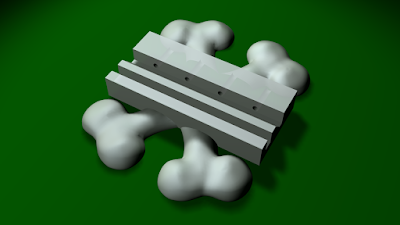