Woke up to broken ribs!

It was a print that took about 16 hours to finish and I woke to find that a few of the ribs were misaligned/Broken. Nothing that I couldn't fix but the resulting joins was pretty obvious which for something I would paint not a problem..........but this is Glow in the dark filament and that would defeat the purpose. 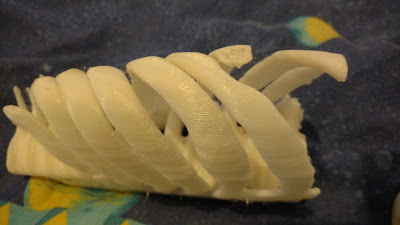 
The whole design need re doing as I went about this the wrong way I think.
Being a frustrated perfectionist I set out to model and extremely accurate skeleton then in trying to reduce my workload and boy was there a lot of work involved I scaled and crammed the thing into the shape I wanted, not really re modeling bits so they were one whole component. Big mistake in hindsight. I should have then  retopologised the whole thing to make a simpler mesh, something I might do in the next version if this one doesn't put me off making a next one that is. 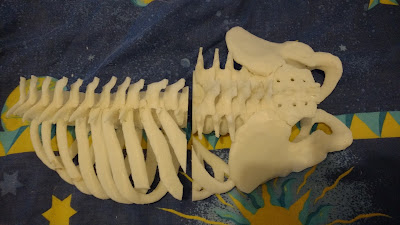 There were holes to the left of me, hole to the right, stuck in the middle with what I printed.

In the end I think it will work as a ukulele it seems strong but needs redesigning before it could weened and be let out into the world. People wouldn't want to spend the time fixing everything I've had to fix. 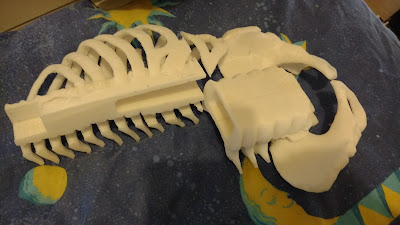 I'll keep going and finish it of course as like anything you bring into the world yourself, you know and see all its imperfections and the casual viewer doesn't have a clue.

The 4th piece prints as I write this so tomorrow I'll get a chance to join it all together provided nothing else goes wrong. 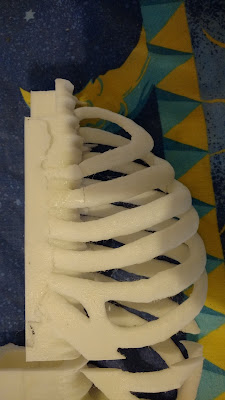 I was running octopi and for reasons I don't understand my router lost connection with it mid print and I had to start again using the sd card. Now I can't get the ip scanner I have, to even see the address of octopi. It's normally dynamically addressed a random address and I haven't tried to fix one down within the router because of my lack of knowledge and thinking "Arrr fuck it" I'll just find the new address each time "its not hard" I'm  not certain why it has completely lost octopis' address but it could be my iinet router Bob fucking up as it has a built in  answering machine that I don't use and I have turned it off but it continuously turns itself back on at random times and at 2am in the morning announces in a very loud voice that it is now turned on or rings like a phone waiting for someone to pick up (it has naked phone as well). 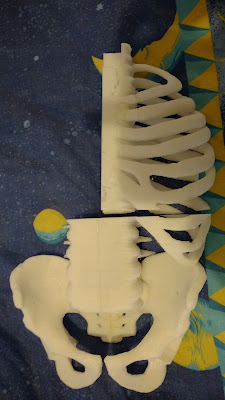 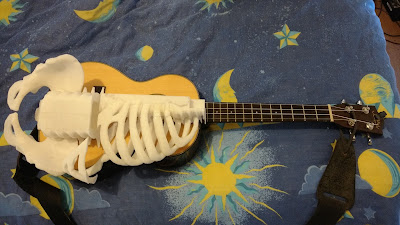