Work on the bridge

I broke out the dremel (Aldi's version) and with the cut off disc, took to the bridge with gusto. 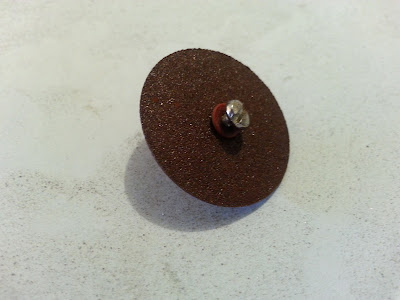 I cut off the wings simply for atheistic reasons, either breaking a lot of discs or wearing them down to a nub. 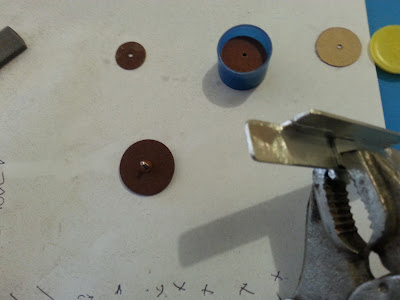 The aluminium got really hot, so some multi grips were a deity send. The worn out disc you can see was a sanding disc that lasted a few seconds. 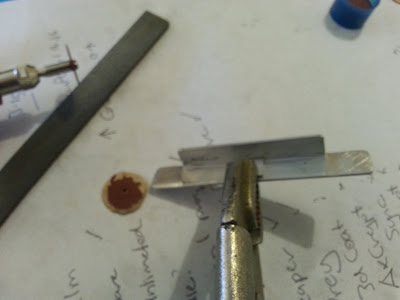 I had to cut the aluminium down to suit the action which won't be finalised until the very end during setup. Broke quite a few cut off discs here as well, these thing break just by looking at the bloody things!! 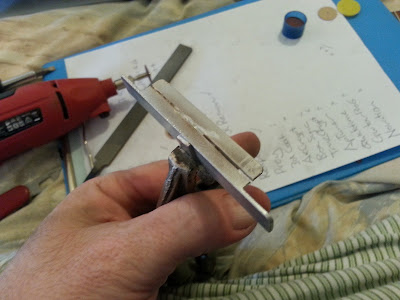 Here the final product. The white dots and dabs you can see was my attempt to use a polishing pad with tooth paste as I don't have any metal polish. Had you been here you would have had a great laugh at this silly attempt. :-D In the end, some wet and dry 800 600 and 1200 paper was used. 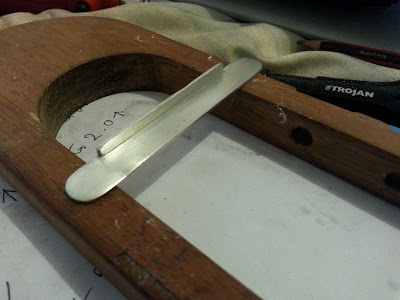 This is the way around the bridge will probably be fitted. 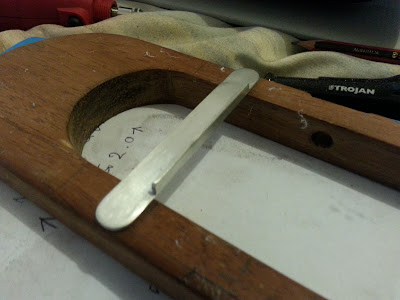