I moved onto abs filament to see how well that stuck to the pex material. I'm going to perpetuate that old often used but inaccurate saying  "Here be Dragons" https://www.atlasobscura.com/articles/here-be-dragons

I dried some black abs I had here for 3 hours at 50c in my food dehydrator then re-printed the same warp inducing file I used in part one. https://www.thingiverse.com/thing:990484 At first I tried with nothing to help with adhesion and that turned out to be a failure. I was laughing too hard to remember to take pictures. It only got about 10 layers in when I discovered a spaghetti monster forming.

In preparation for this last night I made up some thin abs juice with some of the filament and some acetone so I schmeered it on the PEX just as I have in the past on pei and restarted the print. This time we lasted about 41% into the print before it started to lift on one end and then at around 60% it did the same at the other end.

I was very slap-happy with how I used the Juice and it wasn't an even coating at all, but despite this I never expected it to work all that well anyway and said as much in part 1. 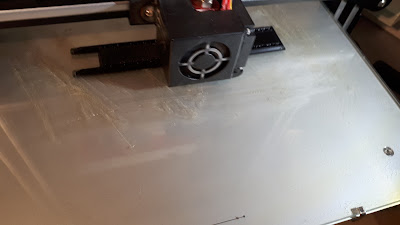 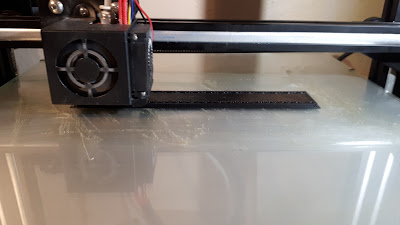 Here we are nicely stuck down on the abs juice and lasting longer than without the slurry. 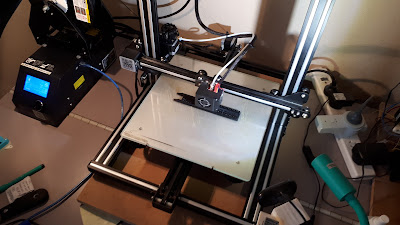 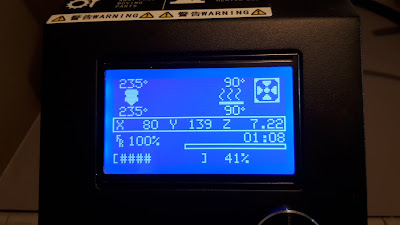 The part is still stuck at 41% of the print and with temps I felt I could use, or reach with my newish CR-10.

I did have it set to 100 but because it was taking so long to get to temp I went back and set it to 80 degrees and bumped it up as it printed to 90. I was about to raise it again but it was warping by then so decided not to. Would that have made any difference? Maybe? I doubted it though, with no enclosure which may not have even helped as this stl was designed to warp with these kinds of filaments. A reminder that pla didn't even think of lifting. 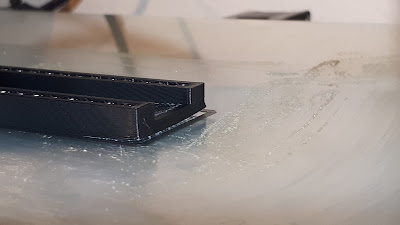 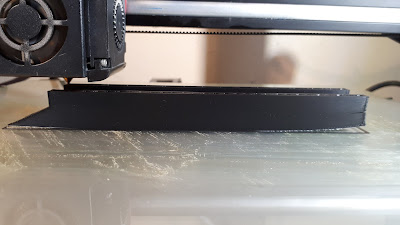 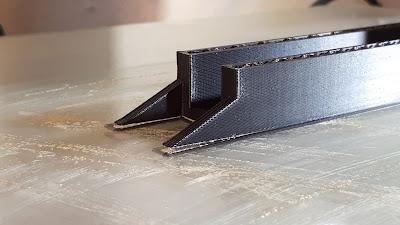 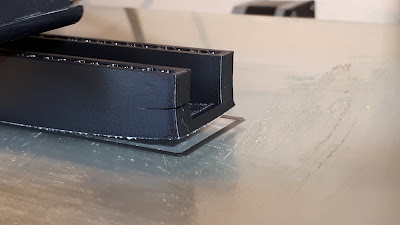 So conclusions.................and this wasn't very scientific but under my usual work flow of being too lazy to level every time or wait until everything had cooled down prior to evenly spreading some abs juice down on the surface etc

PETG = I think might be ok but it will depend heavily on the part you're trying to print and the addition of some kind of adhesion promoter like abs juice would definitely help. It did stick really well to the surface but still lifted in places. I tried to remove it while the bed was still hot and it resisted my attempt strongly.

ABS = Life too short to be trying abs on this surface, especially on a printer never really designed to handle it. The bed temps really need to be around 100-110 and the printer inside a heated chamber. Like petg though some parts might work but it will depend on their shape. If you can get it to stick then dont let a print designed to warp stop you from trying as the print finish was bloody beautiful. Find another way to get it to stick down you wont regret it. 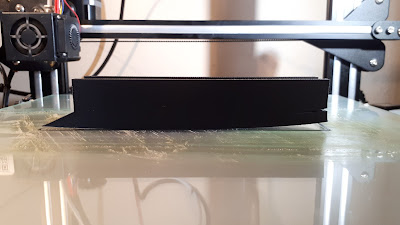 Final print and while it cracked and lifted it was still difficult to remove from the bed saying that if I had of been more thorough with the abs juice and coated more evenly, the lifting might well have been so much less or not at all.

The cracks however indicate that my print temp was too low and my whole print room way too cold to print abs. So an enclosure and hotter print and bed temps for this roll of unmarked abs are needed. 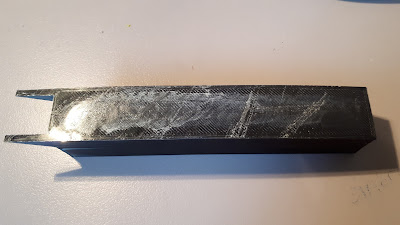 On the right hand side you can see where there wasn't enough abs juice to help hold things down. 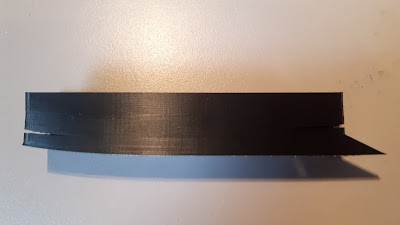 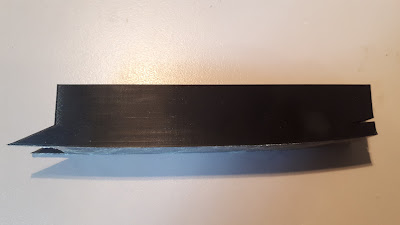 The print quality or surface finish is fantastic and if this stuff didn't come with so many other issues I'd happily print with it all the time.................for one, it is a lot cheaper than most other types of filament.

I'll clean this abs juice off after the print finishes just to see if it is affected in  any way by acetone etc. I doubt it will be, as it was touted as having better heat resistance than pei etc so I doubt hydrocarbons would affect it either, pei isn't affected by acetone or thinner etc. 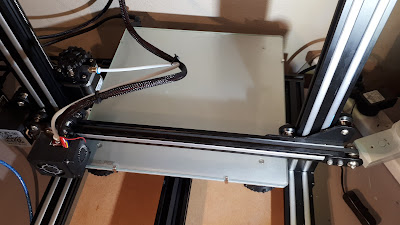 I also lightly sanded the surface with some fine sand paper to rough the surface to assist with petg my favourite filament and one I'm returning back to soon. I'll do some more tests to see how that goes next, pla first to make sure everything is still good.

Please realise your results may vary to mine, my abs juice could have been too thin or a hundred other things ;-) 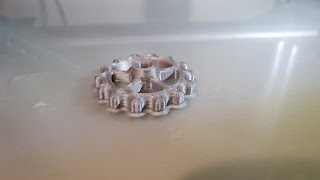 Quick pla test print after I lightly sanded the surface. Going to need some dynamite to remove this now lol .................or wait until it cools I guess, or pry it off with a tool of some sort. :-)