1. Designing and making a turntable for painting using 3d printing

I realise this can be done by pretty much anyone but just seeing how someone else approached this task might have prevented some of my decisions and "Faux Pas" So I hope it helps someone else thinking about making one.

My old turntable met with a clumsy accident recently, so adding on to what I learnt from making it, I'm making another one.......or two. 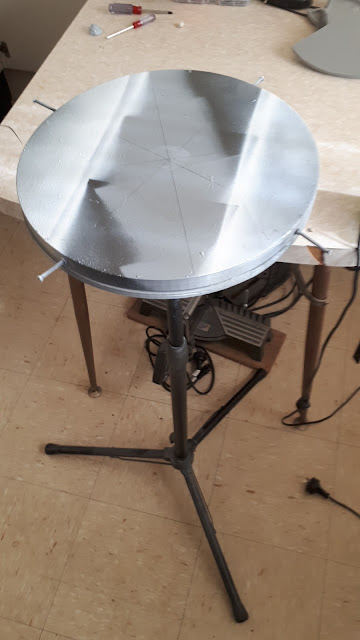 It is mounted to an old robust music stand which is height adjustable. 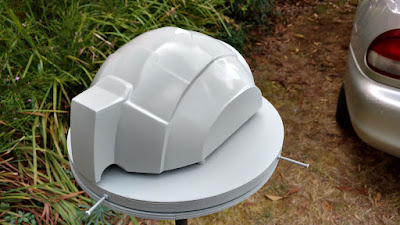 Here it is outside where I do all my spray painting. I use acrylic lacquer automotive spray paints and have done so for 20+ years so I know them really well. I did a tafe course on spray painting which I used primarily on signs as I was a signwriter for many years.

I happily spray outside knowing the pros and cons and even spray right next to my car where the paint drys so quickly it ends up just like dust if it doesn't get blown away by the wind first, it just hoses off. 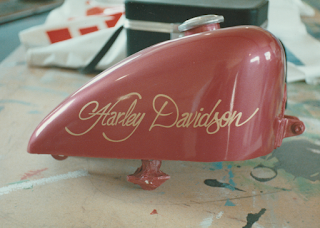 This bike tank was done so long ago I've forgotten a lot about it. I do remember the client showing me the script Typeface from a magazine and wanting it in gold leaf. This was when gold was around $400 an oz so it would have been 24 carat I think. I was really hoping he wanted some pin striping and other embellishments but for reason of his own he didn't :-( 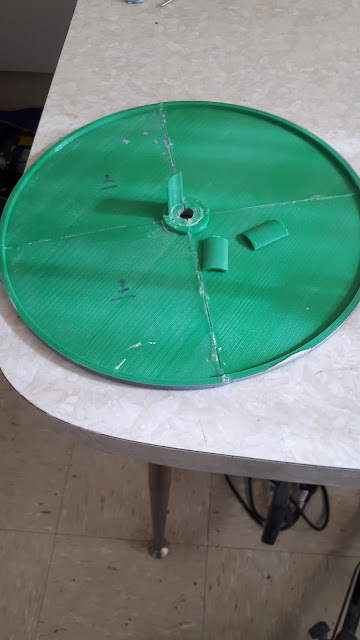 This is the base where the turntable fits onto the music stand. It is printed in 4 pieces so it can fit on my 3d printer. The broken tabs you can see here when all 4 piece are glued together form a hole which fits on the stand as 23mm diameter. One of the more obvious reasons it broke was the thin walls that make up the hole. The fact that it was something incredibly heavy that broke it in the first place would have just ensured it broke elsewhere :-) So fix number 1: Strengthen the walls. 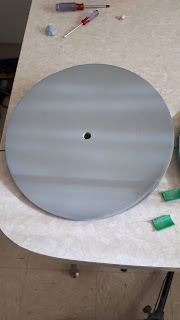 It's flip side. The hole takes the spigot which is connected to the spider that has wheels on it to help the top turn. This design was based on my old microwave oven setup. As I found out this complexity was completely unnecessary as pla is so slick the wheels found no purchase and I could have just run the two plates on top of each other without the need for any other intermediate stage. 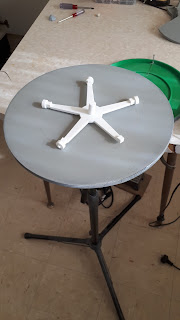 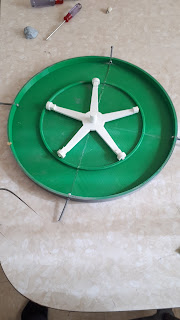 The wheels also ran in a guide just in case it wanted to wander off. 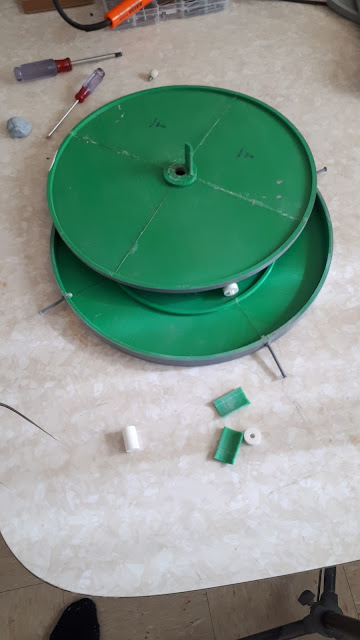 So here are the components in reverse order.


I set out to redesign my painting turntable and here was revelation and design modification number 2.

I found out that the bits that make up the hole that slide onto the music stand made the bottom piece, turn on the pole quite nicely.

So all that effort I put into making a lazy Susan like device wasn't necessary. All I needed to do was thicken the walls and to add a bit more stability and add some more length to the sleeve. 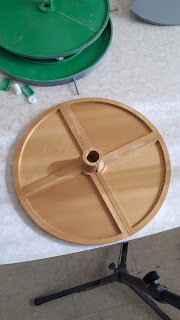 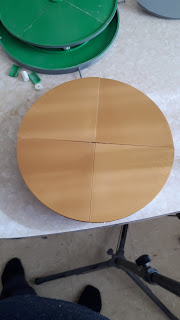 It turns out that in Fusion 360, it is probably better for me to first create a circle then to slice it into sections, than try and make it using an ark that my human eye didn't realise wasn't exactly 90 degrees lol So if you look closely you can see where none of the edges line up to one another properly.

[EDIT:- It turns out the gap was due to shrinkage in the plastic itself and was consistent so I redesigned the 90 degrees angle to 90.675 which was the shrink percentage of one quarter of the Turntable.] 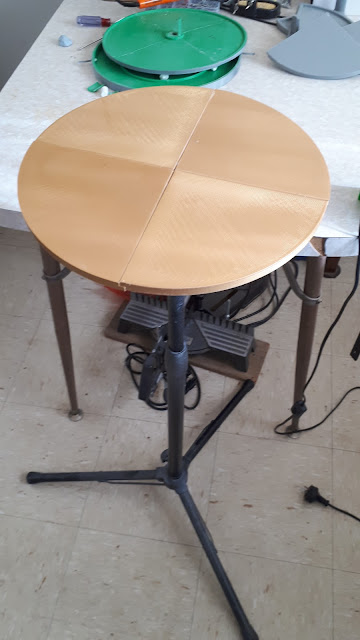 It works and would have been more than adequate to use but I had also adjusted the way the lap joints met each other and was allowing 0.25 gap.

This also added to the whole thing having ridges on the top and it turned out to be more accurate to not allow for a gap. It turned out to better to make simple lap joints and sand back if needed so there was not ridge where they meet up. 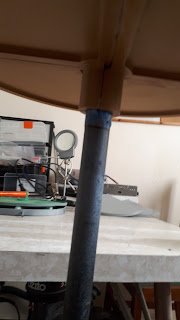 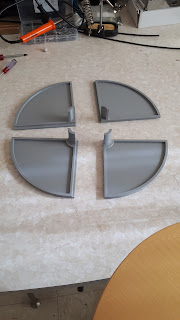 I'm still not happy with this from a design /modelling / quantity of filament used, point of view.
....but any of them would have worked adequately and all sins would have been covered in grey primer and out of sight and you wouldn't been any the wiser. 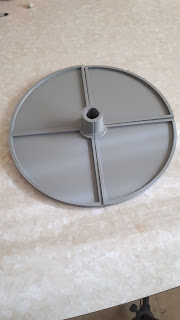 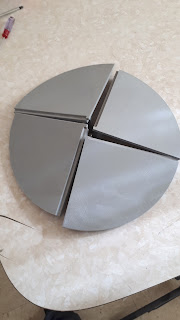 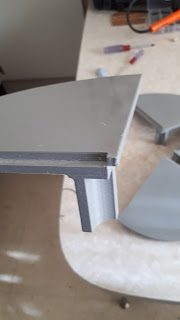 I made this section different this time around and I'm not really happy with my decisions. Some filing and sanding will get these to join up nicely and glue together really well though. 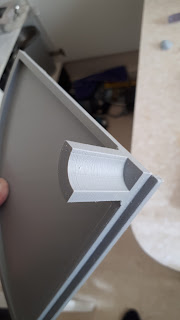 For the hole in the centre you could easily model a very small stand so this could sit on a table for example. Or you could model and adapter to accommodate smaller dowel rods available from the local hardware store.

I was going to offer the fusion file and stl file to anyone who wanted it but if you need something like this then designing and printing your own might be a better road to travel.