This was my original design but I've yet to master slicing the areas I want they way I want. I believe that Simplify 3d will allow me to submerge a print into the print bed prior to converting to stl and should make a completely flat bottom of the print and its something I've yet to test. 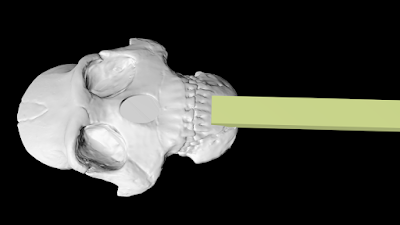 Here's a quick turntable of the final design I went with, based on a poster for the Blue Mountains ukulele festival. I've had to cut the thing up into 4 sections to get it to fit onto the print bed. I'll glue it together later. This is being printed in pla glow in the dark blue filament. I intend to print it in abs when I've ironed out all the bugs and believe me there are a few, in a white glow in the dark filament.

The neck will be a traditional timber one with machine head and someone suggested I print some knuckle type of tuner buttons ;-D

A sound hole can be added later with a large forstner bit I have. Booleaning out something fancy was something that had me considering seppuuku, mainly because the design wasn't manifold booleans just hate that. So it's on the list its for the next iteration.

Here I'm printing the first prototype section and already running into plenty of issues. Simplify 3d didn't complain about the model not being manifold ie water tight no holes etc and despite not being manifold I was expecting issues, but I didn't count on the the supports being one of them, S3D is known for its good easy to remove support structure so I'll need to fix that. 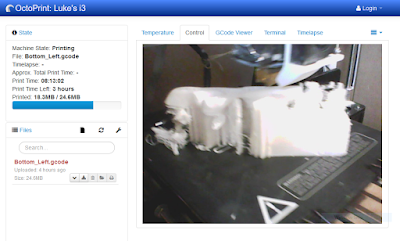 I'm not sure how much I'll follow the poster design as a lot of printing design considerations need to be taken into account due to the 3d printing process. I will definitely go back and see if changes to the design can be made so it looks a lot more like the poster are possible.

The last say will be dictated by the printing process, and to find its limitations I need to print one first, so if I start to disappear up my own butt, you'll know I've found the ever present recursive algorithm that can be a part of trial and error design.

For example I wasn't sure I wanted the only connection between the pelvis and rib cage to be the spine so I've made them meet to support one another in my version. If I get braver I might try it.
Remember there is some considerable tension on the strings when in tune and while it would be funny to watch, seeing the thing fold in on itself might make me cry.

Please note: I haven't asked for permission to use the design yet which I'd ordinarily do but I don't want to disappoint if I fail, as this is all experimental atm :-) 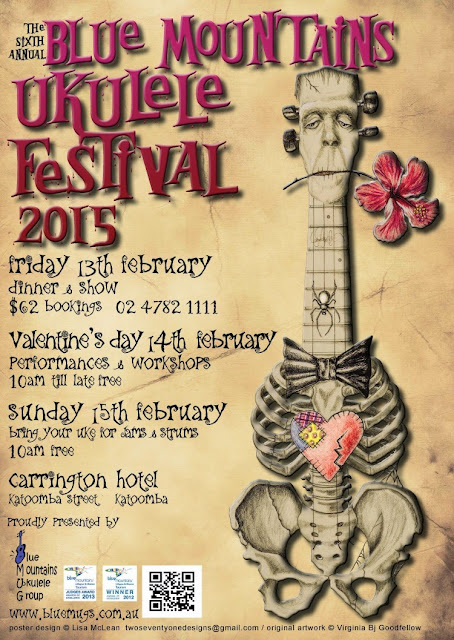 I've been using every single piece of cad and 3d software I can as I've found out none of them are any kind of panacea.