The body waiting for a forstner bit

The Neck before modification 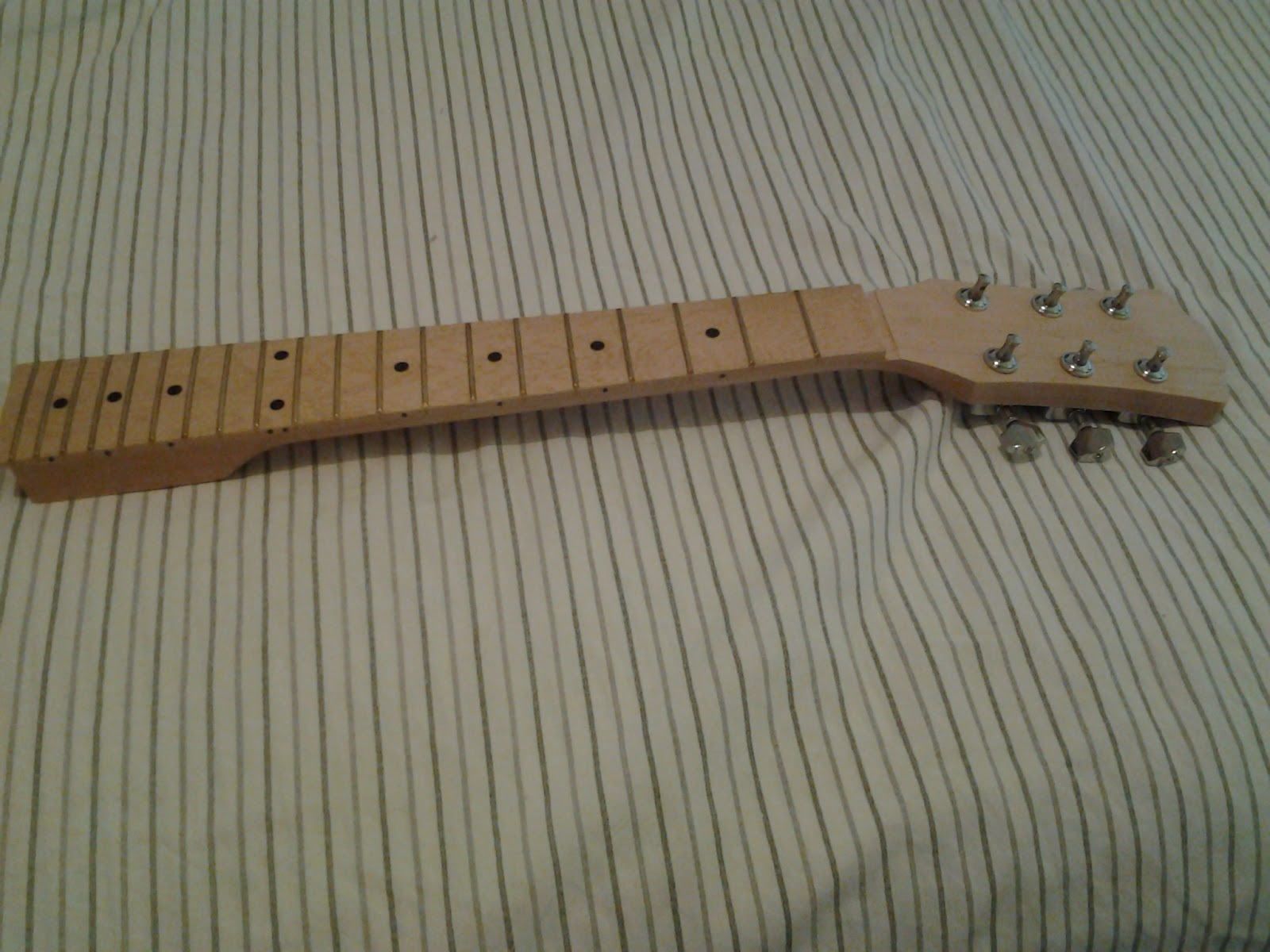 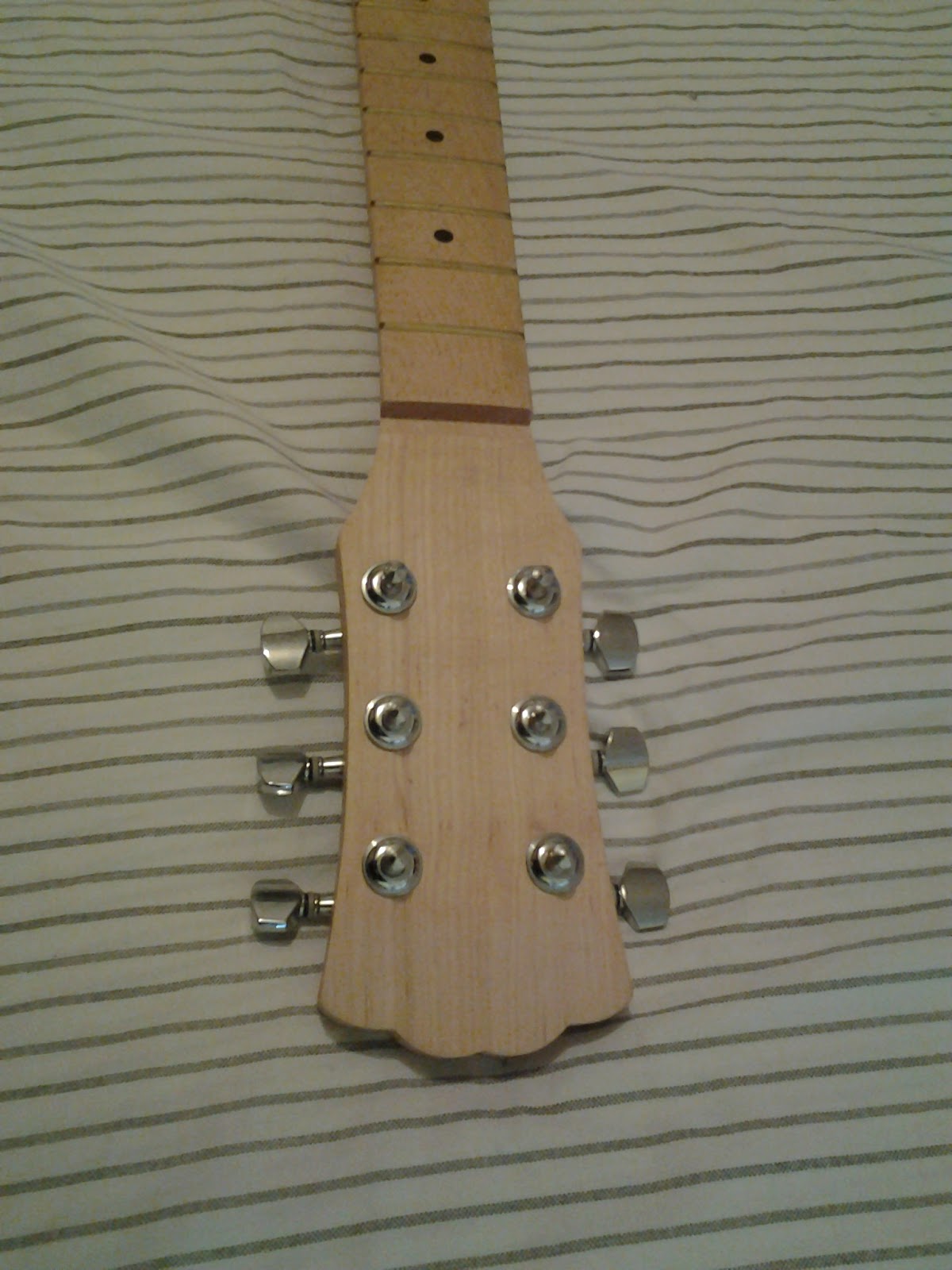 I bolted the neck to a flat piece of mdf so the head stock wouldn't suffer from chipping out while going through the band saw SUCCESS! 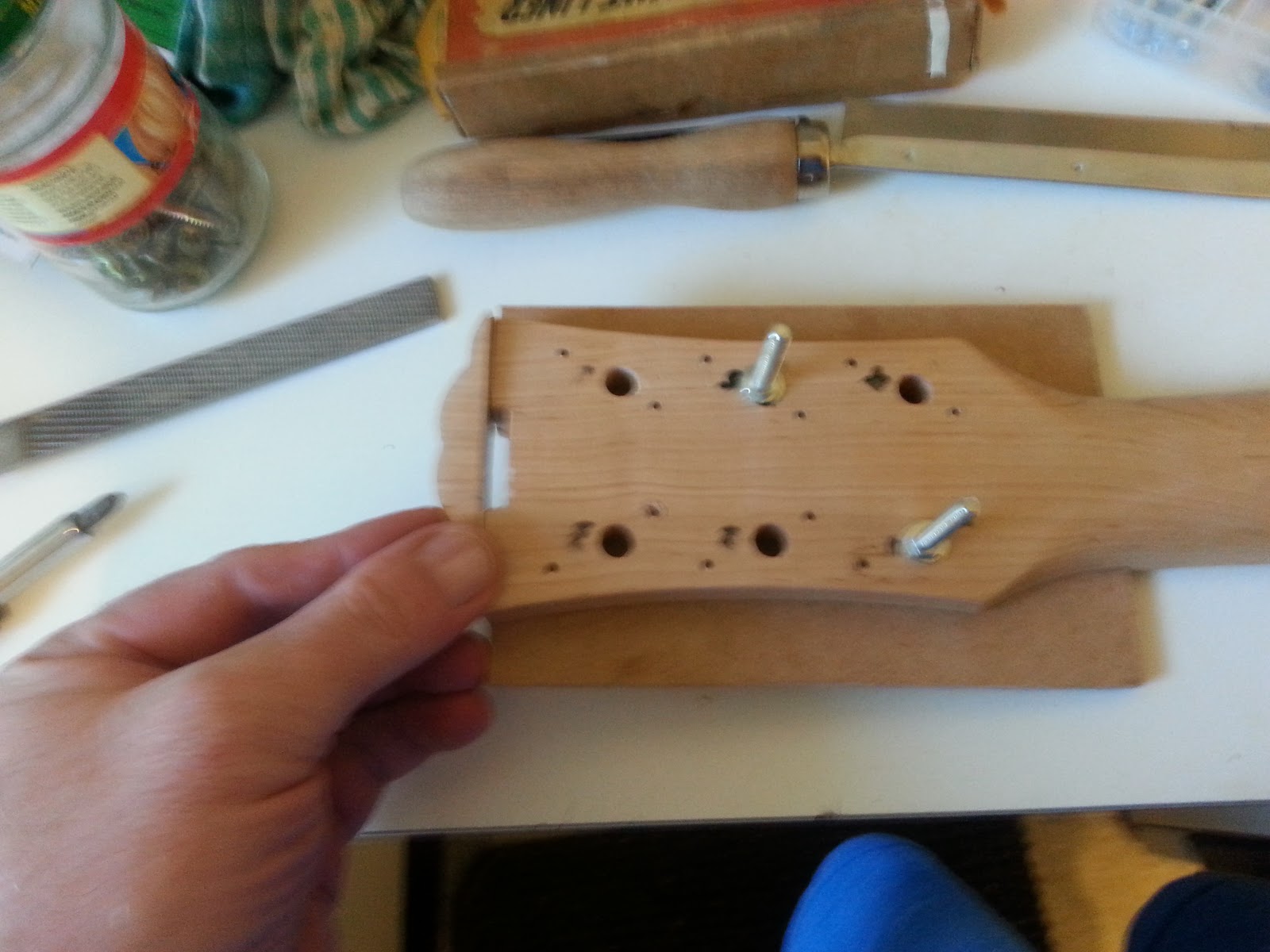 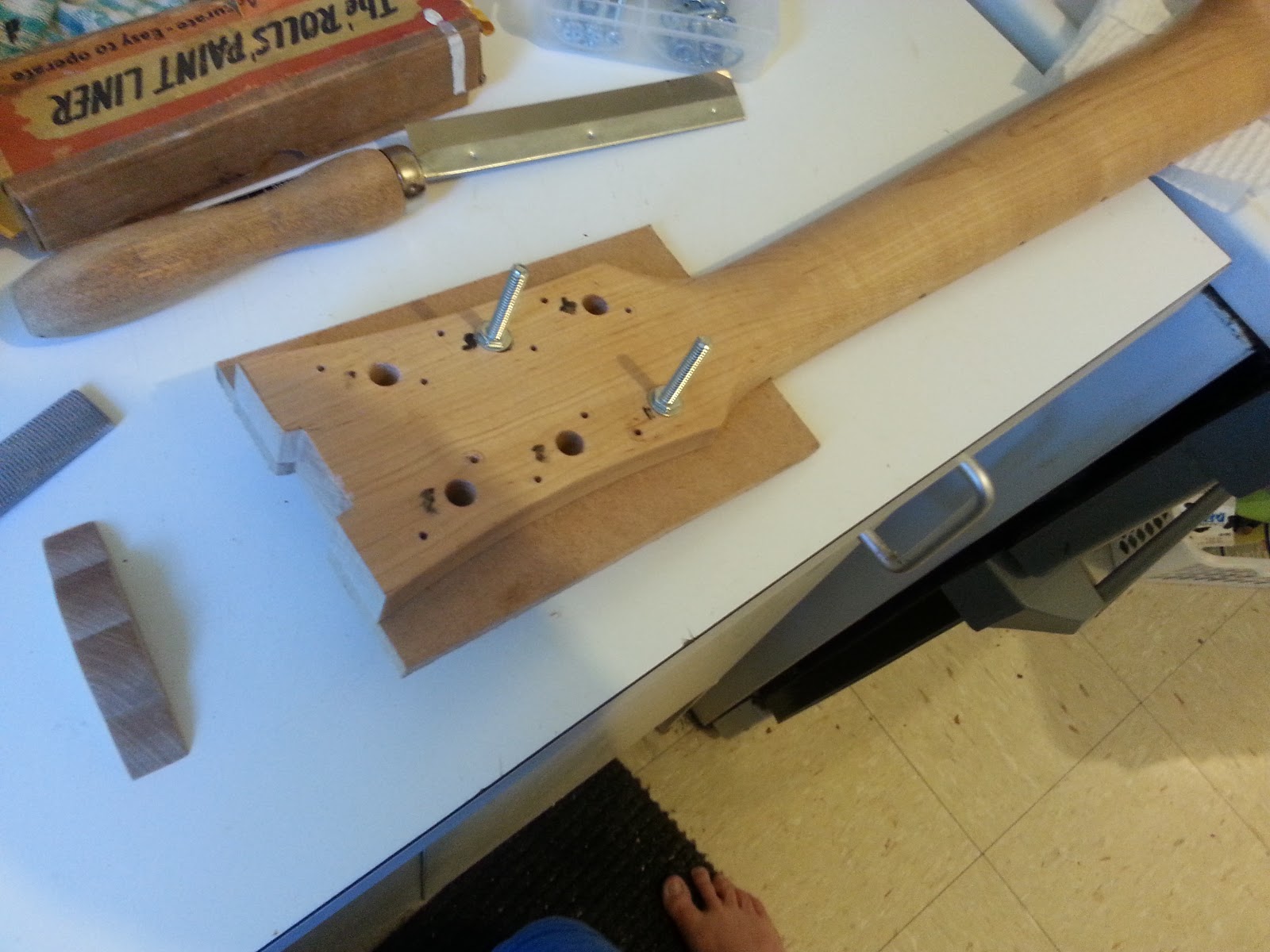 I should have drawn a line dead centre down the length of the neck and then draw a line with a square to make sure the cut was at 90 degrees to the neck. Instead I simply drew a line from where the factory shape finished Boooo, bad, bad idea, this made for an angle which visually doesn't look square to my eye. Oh well that's what this project is for, to find out what decisions need more thought and what techniques need more patience.

I did have to finish the centre cutout with my Japanese float file which is finer than ordinary rasps but I still managed to chip the back edge of the cutout d'oh! It's a shame it wouldn't fit in the band saw, the way I would have liked. In the future when making a neck I'll try to remember to cut this shape prior to setting the neck angle, this way I'll be able to flip the neck over which will make it a lot easier. I'll probably be using a scarf joint to set this angle in the future. 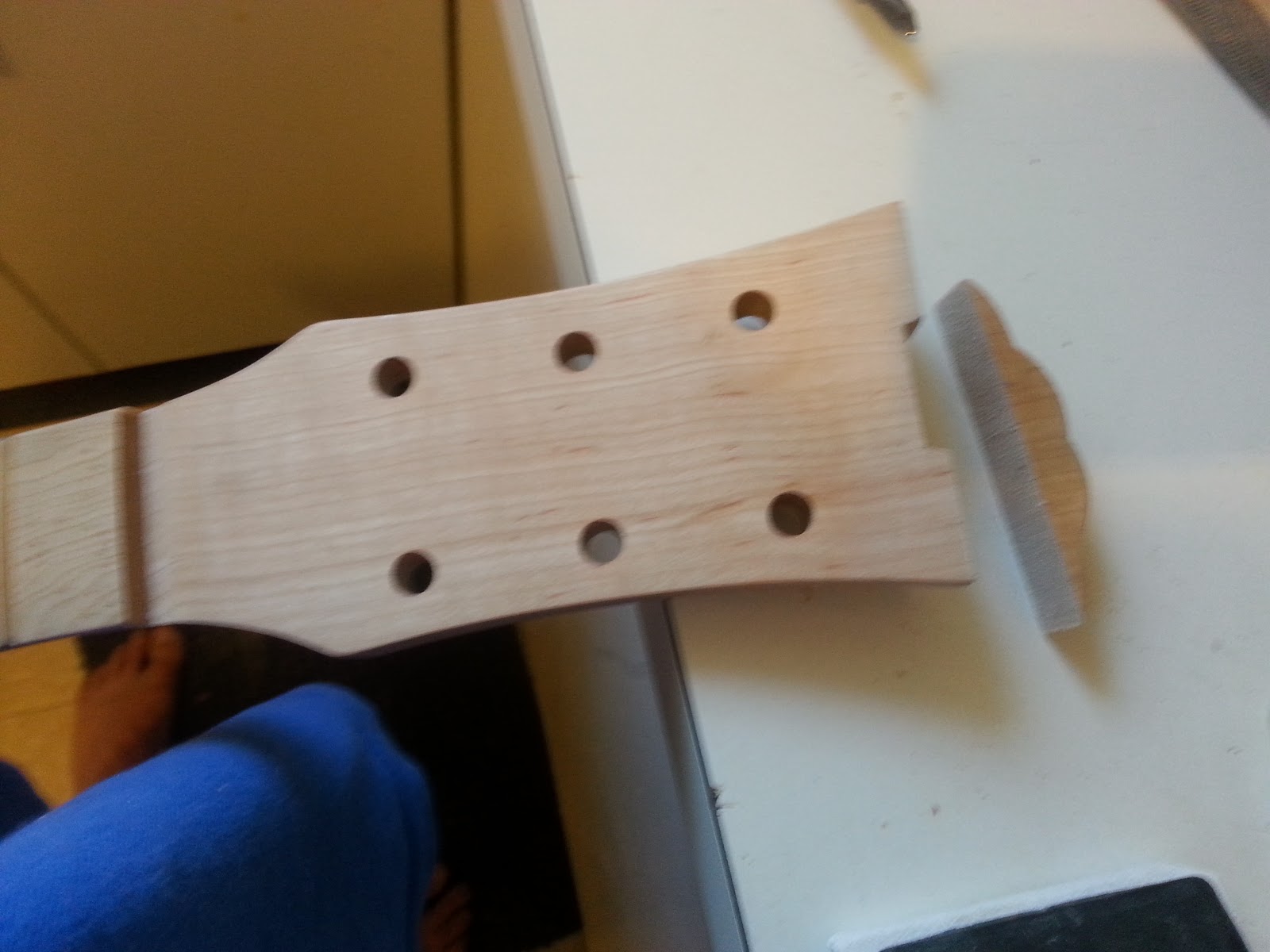 Ok I went back after a rest and straightened the previous cut and removed the chips on the back that magically appeared. I'm pretty happy with it now.

Putting the logo I designed on will be fun and I'm settling on this one for now, again doing it for practice and trying different techniques.